Stephen is the Founder and President of More Media, a media and content company based in Los Angeles, CA. Having started the company from the interior of a 1967 Winnebago, Stephen has always been drawn to the power of telling stories. Originally from Arizona, Stephen moved to L.A. to collaborate and work as a producer with some of the best storytellers in the entertainment industry, amassing over 1 billion views on YouTube with various music videos and commercials. Along with his wife and soon-to-be-born first child, Stephen calls the beautiful city of Los Angeles home. 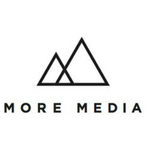 More Media is a digital content and film production company focused on partnering with talented directors, writers, and producers to create inspiring content for a new generation through innovative distribution models. More Media is producing a feature-length documentary about U.S. civilians fighting against ISIS, a short film inspired by the real events of a prostitute from South Bronx, New York, and they recently sold a project to NBCUniversal/Syfy. They also run an advertising business, collaborating with brands and agencies to create branded content and commercials. They are highly versatile and multi‐skilled collaborators who tell authentic and honest stories.