Shawn Boyer is the Founder and CEO of goHappy. Prior to goHappy, Shawn founded and was CEO of Snagajob, the nation’s largest marketplace for hourly workers and employers, from 2000-2013, and then Chairman of the Board through 2015. Snagajob now has over 80 million members and over 500,000 employer locations, and was named to Fortune Magazine’s “Great Place to Work Best Small & Medium Workplaces” list for eight straight years. In 2008, Shawn was named National Small Business Person of the Year by the U.S. Small Business Administration. He lives in Richmond, VA with his amazing wife and three super fun kids. 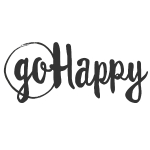 With a mission to help people build good relationships so that they can live happier lives, goHappy is a private social messaging platform that marries what you love about social media - the ability to share with those you care about in a fun and visual way - with the privacy of group messaging. goHappy helps you nurture your important family and friend relationships by facilitating three key aspects of healthy relationships: authentically sharing the ups and downs of life, spending face-to-face time together, and being thoughtful about what’s important to your people.