Justin Giboney is an attorney and political strategist in Atlanta, GA who leads the AND Campaign as its Co-Founder and President. The AND Campaign is a coalition of urban Christians who are determined to address the sociopolitical arena with the compassion and conviction of the Gospel. He has experience managing successful campaigns for transportation and water infrastructure. A former Vanderbilt University football player and law student, Justin served on the Urban League of Greater Atlanta Board of Directors. Additionally, Justin has participated in LEAD Atlanta, Outstanding Atlanta, and the Georgia Bar Association’s Leadership Academy.

Michael Wear is Chief Strategist at the AND Campaign. As one of President Obama’s “Ambassadors to America’s believers” (Buzzfeed), Michael directed faith outreach for Obama’s historic 2012 re-election campaign. Michael was also one of the youngest White House staffers in modern American history: he served in the White House faith-based initiative during Obama’s first term, where he led evangelical outreach and helped manage The White House’s engagement on religious and values issues, including adoption and anti-human trafficking efforts. He is the author of Reclaiming Hope: Lessons Learned in the Obama White House About the Future of Faith in America. 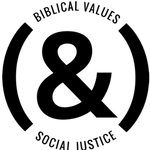 AND Campaign is a coalition of urban Christians who are determined to address the sociopolitical arena with the compassion and conviction of the Gospel. Through training, coalition building, and advocacy, they equip Christians to be more than just conservatives or liberals in the public square. By opening up denominational and demographic silos, they help believers have a greater impact and further pursue reconciliation.