A passionate innovator and lifelong learner, Josh launched his analytics and digital media platform, Apfyt, during Emerging Founders under the mentorship of Alex Lerza and Joshua Kalsbeek of R|Tribe. Josh was first exposed to the world of entrepreneurship through music. After founding The Four O'Clock Five, a jazz quintet, he recorded and produced two albums, one of which was selected by Modern Jazz Today to be broadcast on radio stations worldwide. True to his musical roots and interest for computer science, Josh is currently developing CreateBit, an app for easily composing 8-bit music, and Jigsounds, an 'musical jigsaw' app which uses segments of songs as puzzle pieces. Between attending jam sessions, riding his unicycle, and working on Apfyt, Josh studies computer science and product design at Stanford University. He launched into Apfyt while learning from those with deep entrepreneurial experience during Emerging Founders.

Josh Payne is working part time on his own venture, Apyft and was an apprentice part-time under Alex Lerza and Josh Kalsbeek of R|Tribe. 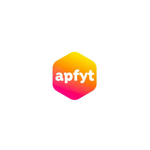 Apfyt is a consumer-facing analytics and digital media marketing/management platform dedicated to bridging the gaps separating businesses and customers. By implementing individualized Apfyt scan codes onto their receipts, restaurants encourage users with the Apfyt mobile app to scan the code. Once a user does this, the business can offer incentivized, unique surveys, virtual punch cards and loyalty cards, and point of sale data (like calorie count or weekly spending) from their meal. In return, businesses receive a platform that offers deep behavioral analytics from users' Facebook accounts, closed-loop advertising via Deal of the Day, and a pre-populated network marketing ecosystem.