Jason is the founder and president of 1MISSION, a community development organization giving people in poverty the opportunity to earn a house by serving their community. He's also the co-founder and president of Mission Create, which provides incubation and back office support to social entrepreneurs and nonprofits. Right out of college, Jason fulfilled a lifelong dream of becoming a professional firefighter. During this time he started Trinity Landscape, which became one of the fastest growing landscape companies in Phoenix, Arizona. Trinity later merged with Sun State Landscape to become one of Arizona’s leading landscape companies. In 2008 at the age of 25, Jason left his career as a firefighter and started 1MISSION. He is a sought after speaker on important subjects such as poverty alleviation, social innovation, short-term missions, and entrepreneurship. He currently serves on the board of The Global CHE Network, representing 500+ agencies in 112 countries serving the physical and spiritual needs of people. Jason and his wife Tina live in Phoenix with their three children. 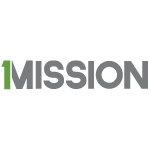 1MISSION is a community development organization that gives people in poverty the opportunity to earn a home by serving their community. 1MISSION has built more than 750 homes while empowering those recipients to serve over 135,000 hours throughout Mexico, El Salvador, and Nicaragua. Families who receive homes earn their hours by building their neighbors' homes, tending a community garden, training in public-health education and prevention, rebuilding roads and bridges, learning job skills, earning their GED, and various other community and church-led projects.