Janie Russell Cox is the President of CYT and has been involved with theater and performing arts since the age of four. Janie has been a part of over 160 different productions - performing, directing, choreographing, or costuming. She studied musical theater at Boston Conservatory and has also worked in film with ABC, MTV, LXD, and Invisible Children. Her true passion is for live theater and next generation training in the arts, and her daily goal in life is to love God and love people.

Travis Russell is the VP of Design at CYT. Travis entered the art world 30 years ago as a stage lighting designer. Over the past 25 years, Travis has designed over 100 productions in locations such as San Diego, Los Angeles, New York, and Puerto Rico. He has directed over 10 fully-staged musical productions. Travis has a passion for oil painting and has sold many paintings at self-promoted art shows. His work experience includes Technical Director at Invisible Children, Lighting Designer at Old Globe Theatre, and Mac Specialist at Apple. Travis values honesty and quality in everything he produces. 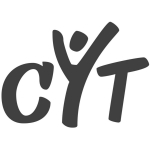 Christian Youth Theater (CYT) is an educational nonprofit organization that runs Christ-centered and welcoming after-school theater arts training programs for students ages 4 to 18. It has grown to be the largest youth theater program in the nation, with branches across the country training thousands of students each year. CYT is committed to the highest ethical, moral, technical, and artistic standards of excellence. It is a place for students to find and develop character traits like confidence, kindness, integrity, and a strong work ethic.