Hannah Song is President and CEO of Liberty in North Korea (LiNK). She joined in 2006 as Deputy Director managing operations and overseas programs, and became President/CEO at the end of 2008, re-launching the organization with a new mission focused on building international support for the North Korean people, providing direct assistance to North Korean refugees, and developing long-term, people-focused strategies to accelerate positive change inside the country. Prior to joining LiNK, Hannah worked in advertising at OgilvyOne. She is a 2008 NetKAL fellow and a 2016 Ashoka Korea fellow.

Justin has transitioned out of leadership at Liberty in North Korea, and remains on the board. He is now the Co-founder & Chief Executive Officer at Funraise.

In 2008, Justin “re-founded" Liberty in North Korea with Hannah Song, where he managed growth and development strategies.  Liberty in North Korea is a global movement standing that works to rescue and work side by side with North Korean refugees as they face one of the biggest challenges confronting humanity today. His expertise iin student mobilization, grassroots fundraising and online engagement helped Liberty to raise over $5 million since 2009.

Justin left Liberty in North Korea at the end of 2016 and started a new company, Funraise. He joined LiNK's board of directors in 2017 and in late 2018 became the chair of the board.

Justin is currently the Co-founder & Chief Executive Officer at Funraise. 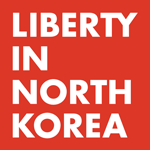 Liberty in North Korea is a global movement of people who believe in and work alongside the North Korean people to achieve their liberty. Our efforts are focused in two key areas: We rescue North Korean refugees through a 3,000-mile modern day underground railroad, bringing them to safety and freedom, and we utilize multiple strategies to change the narrative on North Korea. Through grassroots programs and regular engagement with the international media and policymakers, LiNK works to bring more focus to the challenges that the North Korean people face and the bottom-up changes that they are driving.