Gregory Khalil is Co-Founder and President of Telos. Before co-founding Telos, Greg lived in the West Bank in Ramallah, where he advised the Palestinian leadership on peace negotiations with Israel. Although Greg was born and raised in San Diego, California, much of his extended family still lives in Beit Sahour, a predominantly Palestinian Christian town near Bethlehem. He has lectured widely on the Middle East and has been published by the Review of Faith & International Affairs and the New York Times. Greg is a graduate of the University of California, Los Angeles and Yale Law School.

Todd Deatherage is Co-Founder and Executive Director of Telos. Previously, Todd spent sixteen years in the legislative and executive branches of the US government, including six years at the US State Department in the Administration of President George W. Bush, and  as Chief of Staff to US Senator Tim Hutchinson (AR). He is a graduate of the University of Arkansas and began his career as an educator. He is married to Judi and the father of four children, Abigal, Zachary, William and Anna. 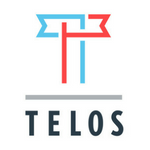 Telos forms communities of peacemakers to heal intractable conflict. We equip leaders to form unlikely relationships, journey with them on transformative pilgrimages, and resource them to build transformative movements. Our main area of focus has been America's relationship to the Holy Land that has been driven by a false choice: To be pro-Israeli and anti-Palestinian or vice versa. They believe the only sustainable solution is to promote the mutual flourishing of both peoples. Telos seeks to upend this unholy dialectic by building a third-way movement committed to a "Pro-Israeli, Pro-Palestinian, Pro-Peace" approach which promotes security, dignity and freedom for both Israelis and Palestinians. They do this by equipping American leaders, especially Christians, to become effective peacemakers.