Evan transitioned out of leadership at Able. He is now founder and CEO of Teneo Network.

Evan Baehr is Co-Founder of Able. Evan is passionate to build a business that delights customers and solves a huge public problem: capital starvation for main-street entrepreneurs. From fundraising to hiring, Evan sells the vision of Able wherever he goes. Previously he worked on the Facebook platform and for Paypal founder Peter Thiel, served in the White House and U.S. House of Representatives, and graduated from Princeton, Yale, and Harvard Business School.

Will Davis is Co-Founder of Able. Once known as a problem child for his disruptive behavior, Will is now passionate about solving big problems through disruptive innovation. He enjoys developing partnerships and making strategy a reality for Able. Will found meaning in public service on Capitol Hill, discovered his passion for business through real estate development, and learned ways to combine them while attending Harvard Business School. 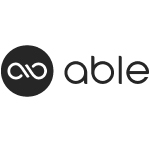 Hi, we are Able — the world’s first collaborative lender. We fund small businesses with low-interest loans through the support of their network and ours. But it's more than a loan. We connect extraordinary entrepreneurs with additional capital, community resources and expert advice when it’s time to grow. Our mission is to serve the “Fortune 5 Million” — small business entrepreneurs who are longing to live out the American dream: creating jobs, delighting customers, and generating profit. Collaborative consumption has already transformed hospitality, transportation, and media. We believe it should transform finance next. “With Airbnb you share your house, with Lyft you share your car, and in lending, your money,” is the common refrain — but we think this is wrong. The wealth of networks — knowledge generated by cooperative and coordinated actions carried out through distributed non-market mechanisms — should be harnessed to decrease the costs of lending; therefore making loans available to more people at lower rates.