Cameron has transitioned out of leadership at Jill's House and is now part of Generosity Path.

Cameron Doolittle joined Generosity Path in 2015. Cameron had a successful career in management consulting with Corporate Executive Board (Acquired by Gartner, NYSE: IT) where he launched products for finance and legal executives at the world’s leading companies. In 2010, Cameron launched Jill’s House, a ministry providing overnight respite to children with severe intellectual disabilities. Jill’s House grew into a $6m organization with more than 100 staff operating nationally. Cameron served as Legislative Director to the House Subcommittee on Crime and earned his JD/MBA at the University of California at Berkeley and his BA at Stanford University. Cameron has appeared in The Washington Post, Christianity Today, Parents, The Wall Street Journal, The Oregonian, and more.  He was a 2014 Praxis Social Entrepreneur, has served on multiple boards and has advised great ministries and foundations, including Young Life, Desiring God, ECFA, First Fruit, and the Magnolia Foundation. An avid runner, cyclist, and fan of the Seattle Seahawks, Cameron lives in Waco, Texas, USA, is the father of four (Grace, Christiana, Hewson, and Sandhana), and the husband of one (Carolyn). 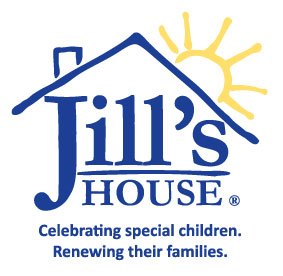 Jill’s House serves children with intellectual disabilities and their families by offering a safe haven to which parents can entrust their children, allowing the parents a time of much-needed rest and renewal. It welcomes up to 45 boys and girls (and their siblings) with special needs to stay overnight at the 42,000 square-foot home in Vienna, Va. With marriages stressed to the point of breaking, reliable respite care is repeatedly cited as parents’ most urgent unmet need. Jill's House is now expanding to Austin, Colorado Springs, and Los Angeles through church partnerships.